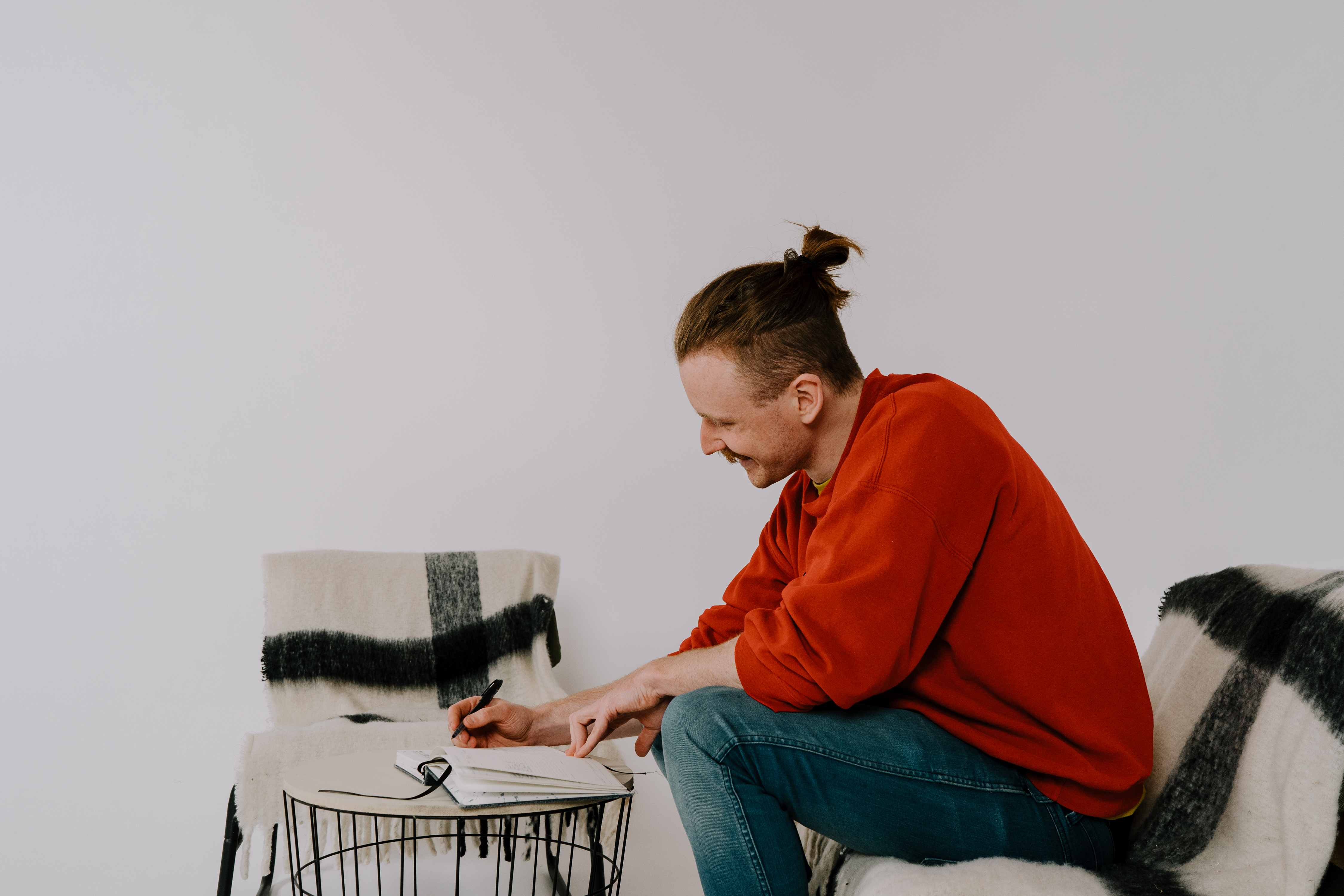 Ezra Allen is a hip-hop artist from Melbourne.

In 2020, he released his three years in the making mixtape, Mutterings of a Deteriorating Degenerate. The project saw him begin to take influence from neo-soul, funk, indie rock and jazz. Allen uses these musical landscapes as backdrops for examining mental health, masculinity, and growing in maturity.

Metamorphosis, part II of the mixtape, was featured on Bandcamp’s New and Notable list, and his track Sad Songs played in high-rotation on triple j Unearthed. Now, Allen has released his debut album, Summer of George.

Like the Seinfeld character, George Costanza’s life story, the album explores shame, depression, and creativity. The album features his collaborators Sam Swain (Josh Cashman, RAT!hammock, Obscura Hail) and Hugo Lee (Icehouse, Holy Holy, thndo), and it features the vocals of Amber Ferraro. One of the singles, Burnt Garlic Bread, has already been featured on Unearthed.

To celebrate the album’s release, we caught up with Allen to hear about his inspirations, Seinfeld and making an album amid a global pandemic.

“As someone who was going through high school through the late 00s and early 10s, I experienced the incoming wave of indie rock from acts like Artic Monkeys and The Killers and naturally wanted to be a rock act and was very much a background guitarist to a primary school band of two—the other guy did 90% of the work,” he begins. Indie rock has played a subtle influence on the artist since then.

Allen adds, “Soul and funk are genres I’ve grown attached to as I’ve settled into hip-hop. I draw from soul music because there’s something magical about listening to someone’s voice cut through a delicate but intricate instrumental and soak in the story. I’m trying to understand and draw from funk as I attempt to make a few more upbeat songs.”

In terms of indie rock, Allen is a big fan of local acts Gang Of Youths, Angie McMahon, and Didirri. “I think Dave [Le’aupepe] is a great person to learn how to rap from because he somehow fills songs with a rap-level amount of lyrics, with a melody, and it’s haunting, elating and/or moving. Didirri and Angie McMahon are equally astounding to me,” he says. “Soul, there’s just so many influences. Frank Ocean is someone I’ve been dissecting recently. Moses Sumney is someone I hope to emulate at every turn.”

Summer Of George was primarily created pre-pandemic when making music became less fun for Allen. While COVID-19 exacerbated his touring debts, the time in isolation gave him time to go through the motions. He went on daily walks, played guitar and piano and rebuilt his relationship with creativity.

“I enrolled in a Bachelor of Creative writing—which I am about to graduate from—and just focused on my prose writing for a bit,” Allen says. He cleaned up old demos at the end of 2020 and, by the end of 2021, actually played instruments on some of the songs and built the skeleton of another one. “I’m still negotiating my relationship with creativity and shame, but I’ve removed the time constraints I placed on myself earlier and embraced getting projects done when I want to, rather than working to some unrealistic deadline. Mental health is a process.”

On Seinfeld, the iconic TV comedy series is one of Allen’s bonding topics. “We watched Seinfeld before our show in Canberra one time, the band spans maybe a decade in ages, and we all have a love for this show that was over when I was a one-year-old,” he laughs. “I think Seinfeld is great because you’re just watching people crash and burn over and over. It’s so relatable because they don’t win, but they don’t lose; life goes on.

“I think the title of this album was predetermined in 2018, maybe. I just always wanted to make a project which could be a little more ridiculous and call it a vacation from myself. And then the pandemic happened, and well, what’s a better excuse not to take things seriously?”

Allen will play a show in Melbourne later this month – date TBC. “I’ve been doing some solo act stuff over the year to regain my feet after COVID, but I’ve brought back my band, The U-Turns,” he says. Allen enjoys performing solo, but gigging with a band is better.

“We currently have a guitarist, saxophone/keyboard player, bassist, drummer and Amber Ferraro offering her vocals. We are working without a track so that everything will be live. Considering some of the tracks within the album, that will be an experience. My songs take on a new form when I do them live. They add new energy and feeling; we get to dance and be sad all at once.”

Summer Of George is out now.