Melbourne folk-pop group Frente! are being brought to a new generation with Accidentally Kelly Street, a new children’s book written and illustrated by Briony Stewart and released by Affirm Press.

The title has been amended so as not to confuse kids – the original 1992 song is entitled Accidently Kelly Street, an unintentional misprint that was retained.

The book finds a family moving to a new house in a new neighbourhood, but on Kelly Street, the people are warm and optimistic and offer belonging. Soon enough, the new house and community become a home. The book also features lyrics by Tim O’Connor, the bass guitarist from Frente! Take 5‘s Zan Rowe described Accidentally Kelly Street as “A beautiful reimagining of a much-loved song, given new life and a heartfelt new meaning in this gorgeous book.” 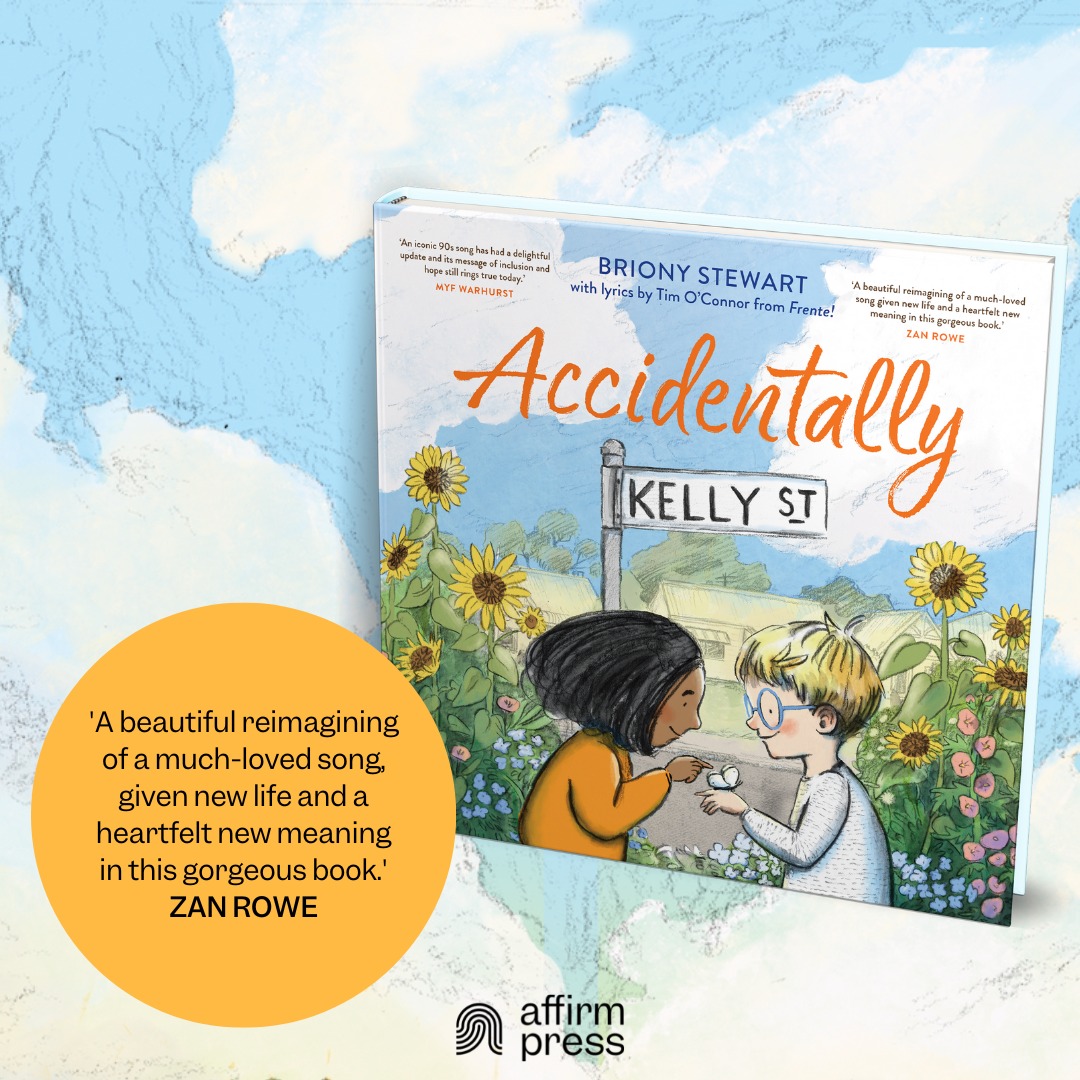 Frente!’s debut album, Marvin The Album, celebrates its 30th anniversary on 24 November. Featuring their ARIA #4 hit, Accidently Kelly Street, Ordinary Angels, No Time, and a cover of New Order‘s Bizarre Love Triangle on the international version of the record, the album peaked at #5 on the ARIA Albums Chart and is certified platinum in Australia.

Warner Music Australia is releasing the album on vinyl for the first time. The Marvin The Album 30th Anniversary Vinyl includes Bizarre Love Triangle. The digital deluxe version also features six unreleased tracks from the vault – the 1991 demos of Accidently Kelly Street and Ordinary Angels, Labour Of Love performed at triple j’s Live At The Wireless in 1992, and Clare, Cuscatalan, and Dangerous from the PBS Melbourne studios. Order the vinyl here.

Briony Stewart’s Accidentally Kelly Street is out now. You can buy it here.